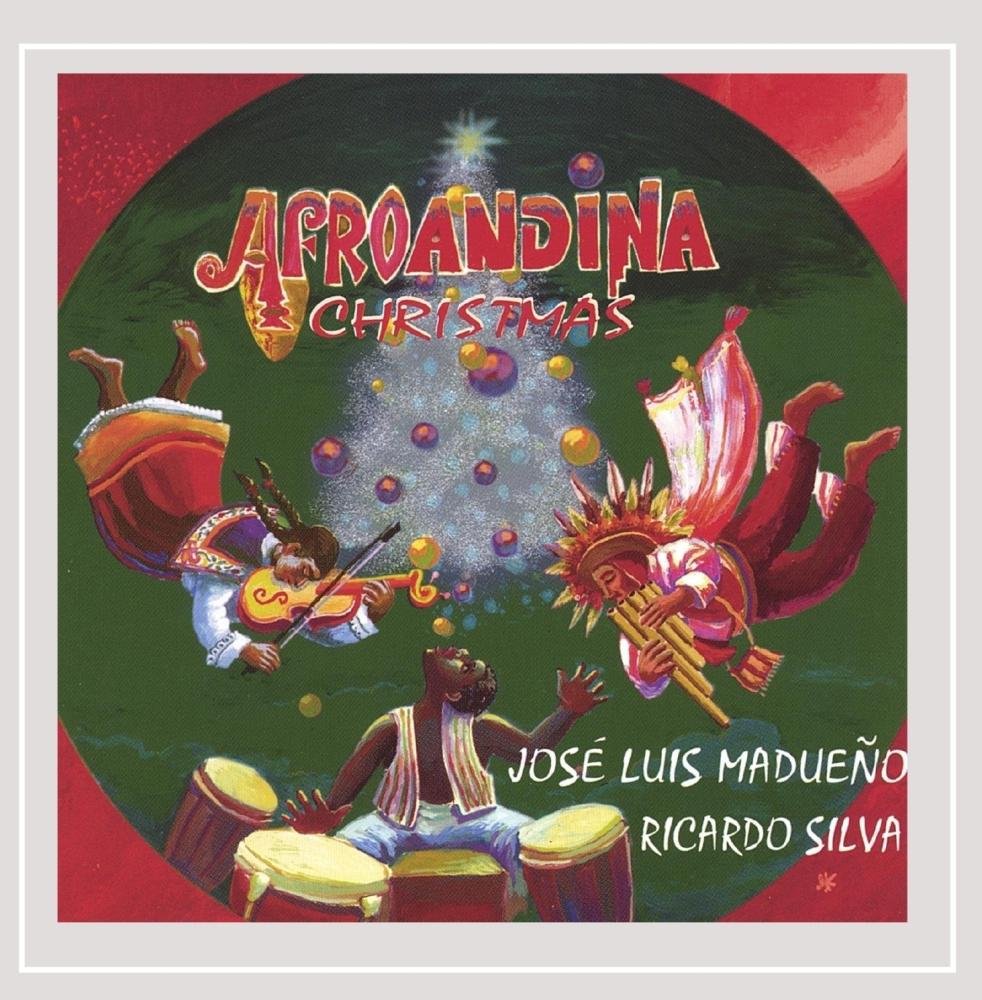 I was thinking about how I feel when I hear South American, Andean-styled music. Always like a cool breeze, like wind whistling through the trees, it lifts my spirits. I was thinking this, certainly, just before I pressed play on Afroandina Christmas, the great new holiday distraction from Jose LuÃ­s Madueno y Ricardo Silva. I am unfamiliar with many (most!) of the instruments used to create its unique sound, but a close reading of the liner notes tells how Madueno y Silva used a variety of musicians, instruments and arrangements to brew up this Andean wind. In addition to some of the better-known holiday classics done Incan-style with quenas and zampoÃ±as, the appearance of several new tunes ups the stakes here. There's a flamenco new age hummer--El Burrito Sabanero--that'll make you all shivery if you're a person who's into that kind of ear candy--if you know what I'm talking about, you are--a piece filled with gÃ¼iros, bongÃ³s, charango drums, and lots of carefree guitar strumming. Stunning when quickly followed up by a zampoÃ±a-wall-of-sound Little Drummer Boy. Very dramatic, very well-orchestrated, very well-executed. Jiminy Christmas, you're going to want to listen to this over and over again. --Richard Banks, Christmasreviews.com

Someone gave me this album as a gift one year, and I became completely enamored, even listening to it during the holiday off-season. Madueno and Silva are both well-known Afro-Peruvian musicians, whose styles combine African traditions with Latin and Native Peruvian elements. This album has them performing Christmas songs in their signature cross-cultural style, and while they do perform several very well-known songs (including Jingle Bells), they perform them in a completely different and unique fashion. --Megan Romer, About.com

Jose Luis MadueÃ±o was twice runner-up (2000 and 2002) for best composer at the "Festival de Jazz de La Habana" in Cuba. This international festival, which is held every other year, showcases the very best Jazz talents from the Americas and is by invitation only. The prize for best composer, the "Ibero-American Prize of Latin Jazz," is presented by Sociedad General de Autores y Editores (SGAE,) the Spanish equivalent of BMI and ASCAP in the United States. Jose Luis is the founder of musical groups "Wayruro" and "Chilcano," undoubtedly the best fusion of Peruvian music and Jazz to evolve from this region. A sensitive and versatile acoustic and electric pianist, and an avid student of world music and its roots, he is able to mix diverse styles with surprising results. Jose Luis is a source of inspiration for present and future generations of musicians in Lima, Peru where he spends part of his time teaching theory and performance to seasoned professionals and beginners alike. Ricardo Silva, on the other hand, is a folklorist with Afro and Andean roots. Proudly "Mestizo" (of mixed race,) he has dedicated his career to Andean Music, both indigenous and contemporary, and has performed and recorded with various highly regarded artists and producers from around the world. He is the founder of the group "Del Pueblo y Del Barrio" (From the People and the Neighborhood) a group renowned in their home country for pioneering what is now commonly referred to as Latin Rock. When not in the studio or performing, Ricardo may be found teaching the dance of Musica Negra (Afro-Peruvian) and traditional instruments to young Inca artists. The musicians collaborating on this recording with MadueÃ±o and Silva are among the finest in Peru. It was recorded and mastered in some of the best studios in Lima to assure a quality consistent with international music industry standards. For Christmas 2003, Afroandina Christmas was pre-released in Peru along with a video clip for television featuring the ever-popular "Feliz Navidad." The video was filmed in Matute, Cerro San Cristobal and the Pantanos De Villa, Peru and it includes the participation of Peru's best-known folkloric dance group "Asi Es Mi Peru." We created this project not only to celebrate the music of the Holiday Season, but also to touch the lives of children throughout the world. For each CD sold, a portion of the proceeds is contributed to a non-profit organization that provides services to needy children.